Hunting for points to help the young players 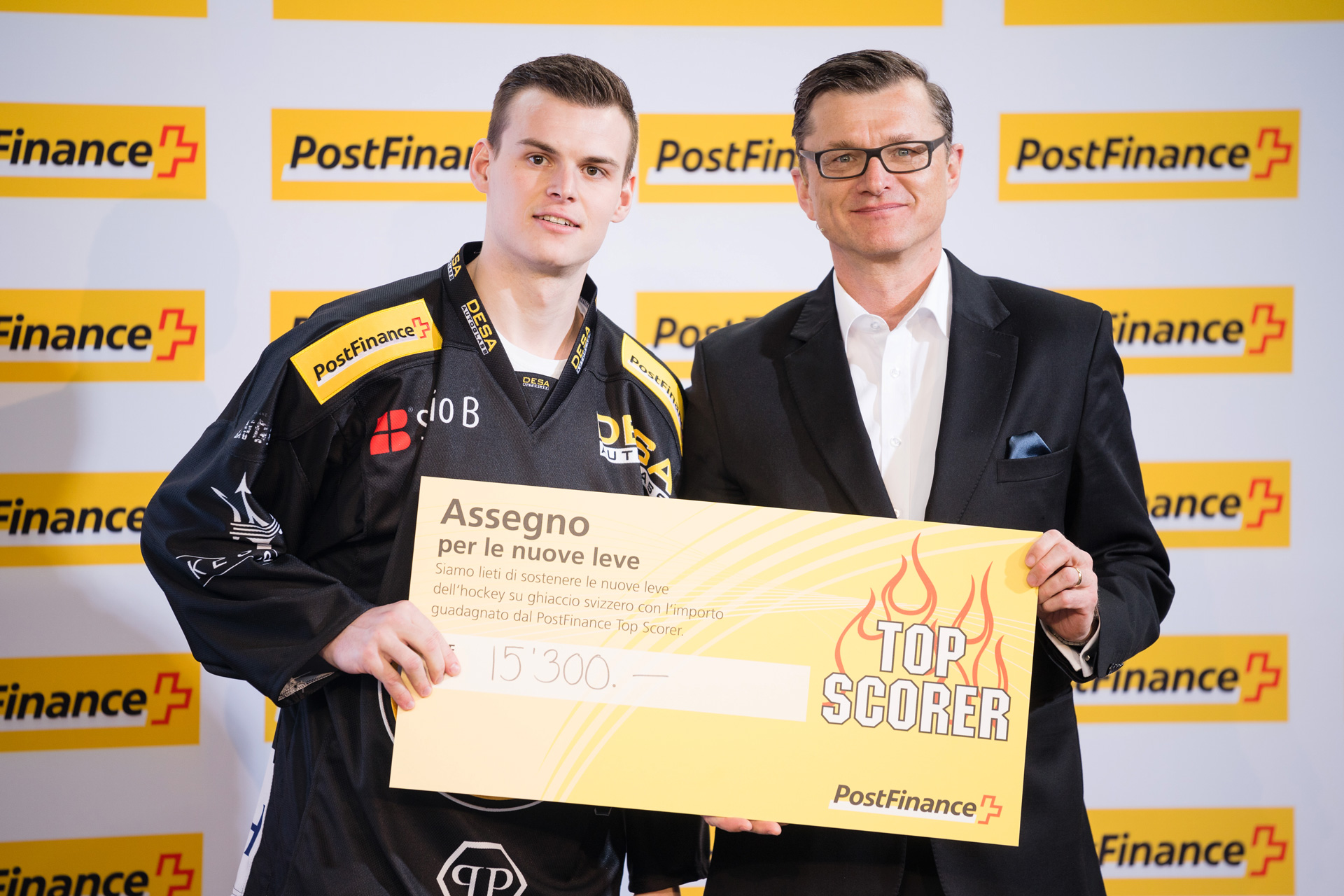 Gregory Hofmann is the HC Lugano’s PostFinance Top Scorer 2019. In the last regular season the Swiss player scored 51 points, earning 15’300 francs for the youth sector of his club. The 23 Top Scorer of the National League and Swiss League have earned together 248’000 francs for the young talents of the Swiss ice hockey. As every year PostFinance doubles the figure and pays the same amount to the Swiss Ice Hockey Federation to support the National Teams.

In the regular season Gregory Hofmann scored 30 goals and 21 assist, earning the title of PostFinance Top Scorer for Lugano. In the National League, every goal and assist is rewarded with 300 francs. With his 51 points, the Swiss has earned 15’300 francs, a figure that will be devolved to the Youth Sector.

PostFinance cares about the Youth Sectors. From the 2002/2003 season, circa 6 millions francs have been invested in the National League and Swiss League’s sectors.