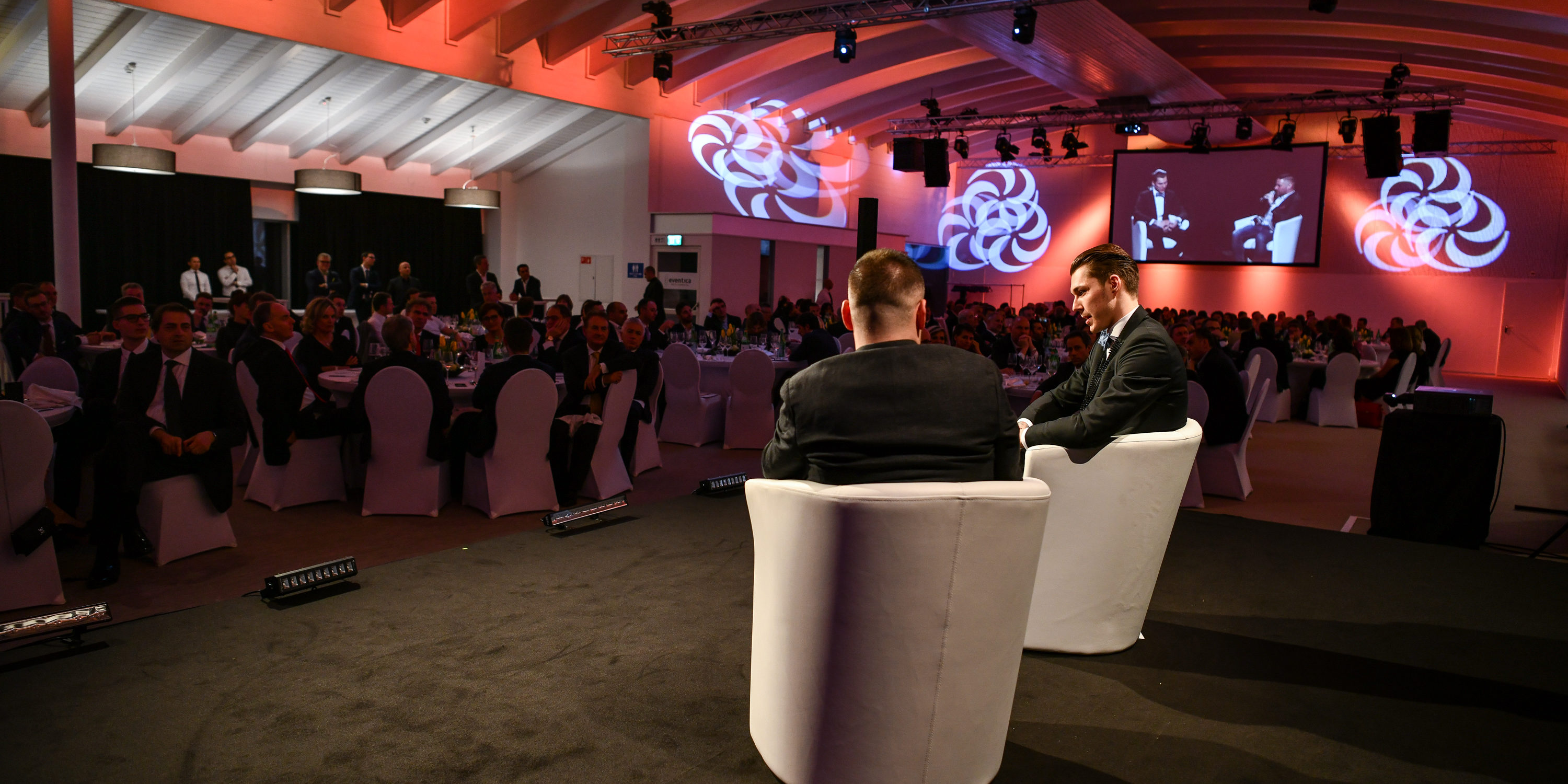 The elegant Sala Eventica in Castione has hosted Wednesday 20th February 2019 the sixth edition of the annual gala dinner promoted by the Golden Wings Club (GWC) of the Hockey Club Lugano and by the HC Lugano Academy Foundation.

Organized for the first time in the Sopraceneri, the evening was a success, with 320 participating. Among them, a large number of political authorities, prestigious members of the business and financial world, managers, sponsors, members and people close to the reality of ice hockey and HCL.

A step forward for an event in constant growth that this year, thanks to the generosity and the social gathering of the people attending, has allowed the HC Lugano Academy Foundation to devolve to the HCL Youth Sector over 80’000 francs.

Hosted by Sandy Altermatt, the gala had his peak when the reporter Nicolò Casolini retraced with the person concerned the unusual life experience and the young career of a talent grown as player and man in the HCL’s Youth Sector, Elvis Merzlikins, who dreams the NHL.

The mask worn by the 24 years old during his first training with Lugano’s first squad was the coveted heirloom of the traditional auction that, along with moments of show and entertainment, has heated the evening.